No Awards made except Guns Choice David Jackson and Shipka Birchwood

Thanks judges Kevin Brady, Alan Fryer, Nicola Reynolds and Dave Kirkby who gave all the dogs a fair chance to prove themselves.

The guns were able to drop plenty of partridge and pheasant, thanks to our host Ivor Beavis who runs the shoot. The day was warm and dry with a breeze which we would think were ideal conditions for scent, but maybe the roots and ground were just too dry, as several dogs were unable to find the retrieve.

We had two dogs left in for a 3rd run but they both failed on a bird that the judges walked out and picked up seemingly easily, which left us unable to make any awards.

Thanks to all the helpers it was still an enjoyable day and I am sure many of the dogs will fare better another time.

Our raffle for the Therapy Dogs charity raised a great £71. 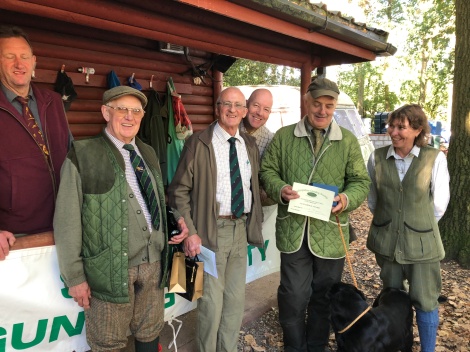 This site uses Akismet to reduce spam. Learn how your comment data is processed.

Images from the blog!